Australian label One of Twelve collaborates with emerging and established artists from the Asia Pacific region to produce high quality, wearable works of art.

This versatile slim silk satin scarf features detail of Elizabeth Marks’ untitled paintings depicting designs associated with the site Kalipinpa, a rockhhole and major Kapi Tjukurrpa (Water Dreaming) place, north of Sandy Blight Junction. There are numerous Tjukurrpa (Dreaming Stories) associated with Kalipinpa including Kapi (Water), Lightning and Bush Potato. During ancestral times, a huge storm erupted here, causing lightning to flash and water to rush across the country, filling the rockholes and creeks. A group of ancestral men and women gathered at the site to perform the ceremonial songs and dances associated with the area. These works describe the ceremonial site at Kalipinpa, including its various landforms such as tali (sandhills), hills, rockholes, soakages and creeks.

The striking geometric linework of Marks’ works evokes the energy of ancestral lightning bolts, illuminating the sky above Kalipinpa. The artist’s clever use of tonality and repetition create a fluidity of movement suggesting the storm waters that flooded this area during ancestral times. 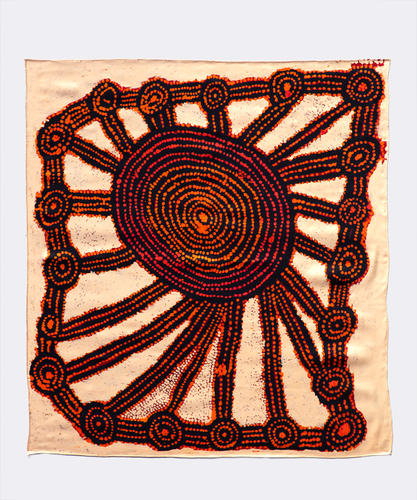 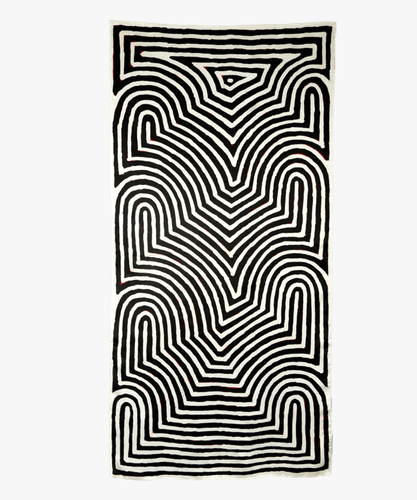 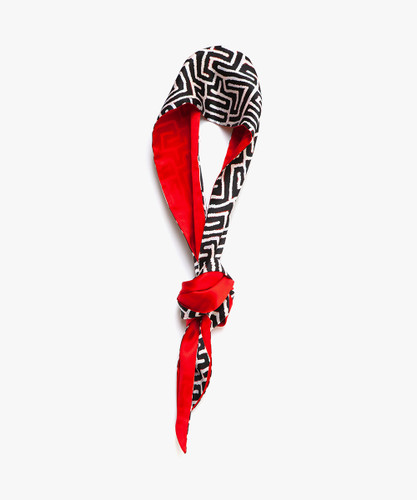 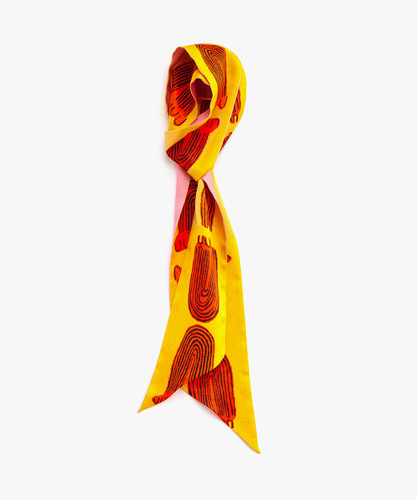